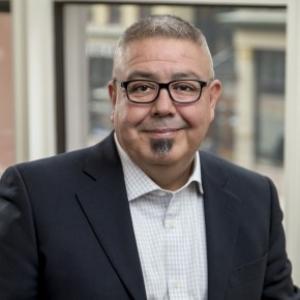 A Grand Rapids native holding a degree in Public Administration and minors in both Business and Sociology from Grand Valley State University.

Jorge joined Start Garden as one of the Directors in February 2017 from his time spent as Executive Director of the West Michigan Hispanic Chamber of Commerce. His involvement with the Hispanic Chamber began with the inception of the organization. Gonzalez has established it as a central connecting point for Hispanic entrepreneurs in West Michigan, both for aspiring business owners and seasoned veterans.

Prior to that, he was LINC UP’s Director of Economic Development for four years and has 15 years of experience in the banking industry. His last banking position was as VP of Community Development from 2005 to 2010.

Gonzalez has been married for 18 years and has five children. In his spare time he enjoys running, occasional golf, spending time with friends and family.