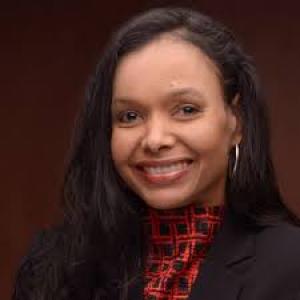 Maggie Anderson and her family made history and dominated headlines as national media covered their real-life case study in self-help economics in the black community. The Anderson family lived exclusively off black business and talent and bought only black-made products for an entire year. It was called The Empowerment Experiment (EE) and resulted in a landmark study conducted by Northwestern University’s Kellogg School of Business. Since the completion of their experiment, Anderson has become the voice of American consumers of all backgrounds who want to make sure their buying power positively impacts struggling minority communities. A sought-after speaker, Anderson has appeared on CNN, MSNBC, Fox News, C-SPAN, PBS Newshour, and CBS Morning News, among many other national television and radio shows. She is the author of the critically acclaimed book about EE, Our Black Year, presented by William Morris Entertainment and Public Affairs Books. Publishers Weekly called Anderson’s experiment and book “a dynamite subject” and “an effective probe into how African Americans spend so much money that overwhelmingly leaves their communities.” Library Journal also endorsed the validity and importance of the experiment, book, and message, saying, “Anderson’s book successfully illuminates the roadblocks faced by black business owners and the racial divide that continues to persist in the US economy... [T]his book will appeal to students of sociology and economics as well as those looking for inspiration to effect positive change in their communities.”

Maggie Anderson has a BA in political science from Emory University and earned both her Juris Doctor and MBA from the University of Chicago. She is an accomplished business strategy professional with 17 years of legal, research, communications, and business strategy experience and is a respected leader in the Chicago business community. Previously, at McDonald’s corporate headquarters, she developed, presented, and implemented influential growth strategies and venture plans in the areas of diversity, emergent industries and global markets, market segmentation, communications, business intelligence, and corporate responsibility. As a strategy consultant, she has conducted due diligence, business intelligence, and competitive and market/industry research for corporate and private equity clients, as she helped them explore and execute mergers, acquisitions, product/market development, and new ventures. Anderson also has a strong track record within various political and government environments, including serving as the mayor of Atlanta’s speechwriter while that city hosted the Olympic Games.