Good is Not Enough: Excellence Should Be Your Standard

Keynote
Keith Wyche will discuss how for young professionals of color, moving up the ranks of any profession requires much more than having the right degrees and fulfilling your job description. You must know “the unwritten rules” to success. During this session, Keith will empower attendees to see themselves through the same lens from which their stakeholders and executive decision makers view them. Keith will share anecdotes and insights from his and his colleagues' journeys up the corporate ladder to provide real-world strategies for career advancement.
YPCC 2015
Presented By: 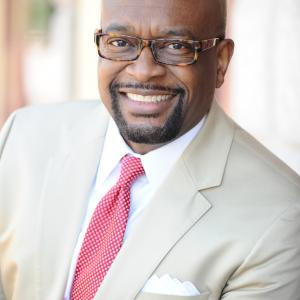 Keith Wyche knows first-hand how to lead an organization through change. As past President and CEO of Cub Foods (a division of SuperValu), a $3 billion grocery chain with more than 8,000 employees, Keith led the division to double-digit sales growth in his first year—even though his only retail experience with groceries was buying them. After successfully turning around Cub Foods, SuperValu needed Keith to turn around their Acme Markets division, a larger division with 113 grocery and pharmacy stores and 11,000 associates that had been on a downward spiral as sales and profits had declined for the prior five years. Within a year, Keith had reversed that trend and led the chain to growth for the first time in a half a decade. Before joining Supervalu, Keith was President of U.S. Operations for Pitney Bowes. There he turned around an organization that was losing clients, seeing its competition eat its market share, and suffering from a demoralized workforce. Keith began his career in sales, marketing and management with AT&T and IBM. Previously, he served on the Corporate Board of Directors of WMS Industries and the National Black MBA Association (NBMBAA).mergers, acquisitions, product/market development, and new ventures. Anderson also has a strong track record within various political and government environments, including serving as the mayor of Atlanta’s speechwriter while that city hosted the Olympic Games.