Corporate Culture: The Rules You Aren’t Told in Orientation

Breakout Session
The objective of this session is to help YPCs understand how to successfully engage in their company culture. Topics include but not limited to: Taking on issues of race in your company—do you need to?; Being true to yourself without losing yourself; Being the only person of color in your organization; Stereotypes- “I’m not like those [blacks, Asians, Mexicans]”– Andre Perry
YPCC 2014
Presented By: 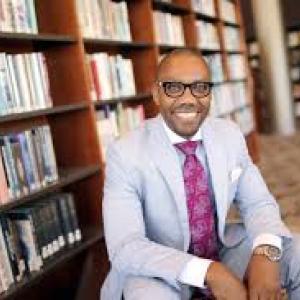 Dr. Andre Perry is the Founding Dean of Urban Education at Davenport University in Grand Rapids, MI. Dr. Perry is responsible for planning and launching Davenport’s new College of Urban Education. Dr. Perry serves as the chief architect and advocate for the College, building relationships within the University and collaborations with external constituencies in order to build a program that will be a pioneer in urban education. As the strategic leader of the College, he develops and implements a vision and a plan for the College of Urban Education as an innovative and dynamic new force in preparing teachers and leaders for success in urban schools.

Prior to, he was the Associate Director for Educational Initiatives for the Loyola Institute for Quality and Equity in Education. Dr. Perry created academic and enrichment opportunities for Loyola University as well as for primary and secondary students in the metro area. Before Loyola, he served as the CEO of the Capital One-University of New Orleans Charter Network, which was comprised of four charter schools in New Orleans. In 2010, Perry served on Mayor-Elect Mitch Landrieu’s Transition Team as the co-chair of the Education Taskforce.

A native of Pittsburgh, Pa., Perry earned his Ph.D. in education policy and leadership from the University of Maryland College Park. His research and teaching interests are college access and retention, charter schools and immigrant educational rights. In 2011, UNO Press released his book, The Garden Path: The Miseducation of the City.  He also co-authored the chapter Between Public and Private: Politics, Governance, and the New Portfolio Models for Urban School Reform published on Harvard University Press. In addition, Dr. Perry is a columnist for the Hechinger Report, a nonprofit news organization focused on producing in-depth education journalism.

In 2008 he was selected as an Effective Leaders Fellow by Duke University’s Center for Leadership and Public Values. Fully immersed in the city’s recovery efforts, Perry served on the boards of the Urban League of Greater New Orleans, WYES Public Television, WWNO-FM, and Young Audiences-Arts for Learning.  His community-based efforts earned him accolades and acclaim. Andre Perry received the Kappa Alpha Psi Distinguished Citizen Award in 2011.  He also received St. Charles Avenue Magazine’s 2008 Unsung Hero of the Year Award. New Orleans Magazine selected Dr. Perry as a “Person to Watch.” In 2009, Gambit Weekly named Perry to its “40 under 40”. In October of 2011, NBC Affiliate, WDSU Channel 6 aired the award winning documentary, “Close Ties: Tying on a New Tradition,” which features Dr. Perry and Wilbert “Chill” Wilson’s efforts to prevent criminal activity among at-risk youth.  In 2012, Dr. Perry was named team lead for Orleans PLACE MATTERS, a national project of the Joint Center for Political and Economic Studies.