A Recruiters Guide to Making Your Nontraditional Path Work for You

Laura will discuss her experiences as a recruiter and insights on how to best present your resume and interest to a current or future employer. She will detail how to turn nontraditional experiences into strengths that are valued by employers. 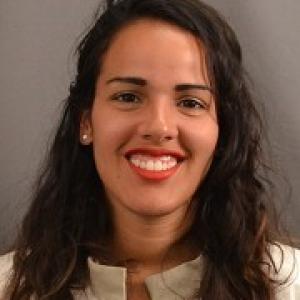 Gordon Food Service is the largest privately-held food service distributor in North America, the 21st largest privately-held company in the U.S.,  and has over 19,000 employees across North America. When Laura first joined in 2014 as a Talent Acquisition Specialist she helped hire over 600 people across the U.S. across multiple warehouses. In 2016, at the age of 26, she was promoted to Talent Acquisition Supervisor. In her current role she leads a team of 19 recruiting professionals who are responsible for hiring all Warehouse, Transportation, and Store leadership positions across the United States. Within the last 18 months, her team has hired more than 2,200 employees.  While working at Gordon Food Service, she has been a champion for Diversity and Inclusion and bringing awareness of bias as it relates to hiring practices within our team and hiring managers.

Prior to Gordon Food Service, she worked at Aerotek for 2 years, where  she hired refugees from multiple countries and people within the Latino community. In her role with Aerotek, she helped hire more than 800 employees.

Outside of work, Laura  enjoys traveling to different countries, exercising, and volunteering with the Latina Network of West Michigan, a non-profit organization that has a goal to empower Latina women in our community,  & tutoring ESL at the Hope Academy of West MI.