Shifting the Norm: Using Your Talents and Innovation

Keynote
Kathryn Finney, a tech entrepreneur, social media visionary, “women in” advocate, investor, writer and television correspondent, will keynote the conference inspiring young professionals to use their talents and innovation to break through barriers for personal and professional impact.
YPCC 2017
Presented By: 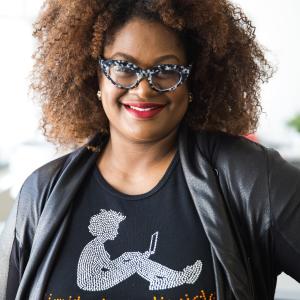 Named by Inc Magazine as one of the most influential women in tech,  Kathryn Finney has made her mark as a tech entrepreneur, social media visionary, “women in” advocate, investor, writer, and television correspondent.

A White House Champion of Change and a past member of the National Advisory Council on Innovation and Entrepreneurship (NACIE) appointed by U.S. Secretary of Commerce Penny Pritzker, Kathryn is the founder and Managing Director of digitalundivided (DID), a social enterprise that fosters economic growth through the empowerment of Black and Latina women entrepreneurs using innovation as a tool.

She is also a General Partner in the Harriet Fund, the first pre seed venture fund focused on investing in high potential Black and Latina women-led startups and the co- founder of the Harriet Angels Syndicate, an angel investment syndicate focused on providing the “first” investment to exceptional Black and Latina women founders. Over 50% of Harriet Angels are Black women who are new Angel investors.

An Echoing Green Global Fellow and Eisenhower Fellow, Kathryn started digitalundivided after selling her company, The Budget Fashionista, one of the first lifestyle blogs. Since 2013, DID has impacted over 2,000 people and helped raise $25MM in investments. Her pioneering research, “ProjectDiane”, drew widespread buzz for disrupting the dialogue around women of color and tech entrepreneurship. The 16-page report was widely shared and covered (Forbes, CNN, Fast Company, etc.) for quantifying the often overlooked state of Black women in the tech entrepreneurship space and is impacting policy from state houses to the White House.

The findings from #ProjectDiane put a unique spotlight on the problem of inclusion in the innovation space, leading digitalundivided to develop a “first of its kind” solution. digitalundivided’s BIG Innovation Center and its resident BIG Accelerator is the only space and program dedicated to the growth of high-growth tech businesses founded by Black and Latina women. Located in Atlanta, the first cohort starts in September 2016. The BIG Innovation Center also hosts numerous events, classes and programs for women in business and tech. Never before has tech seen this level of investment in the success of Black women entrepreneurs.

Kathryn and her family live in New York City and Atlanta.