There is Always Time: Make Yourself a Measurable Asset

Participants in this session will hear about Sammy’s experience of turning his passion into a business model for equity and understanding in organizations. Sammy will discuss how to use asset based communications and listening to ensure you are a differentiated leader in your workplace or community. 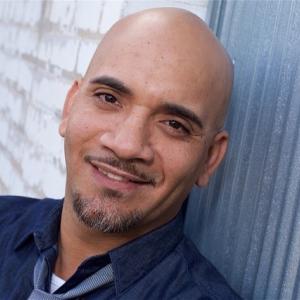 Mr. Sammy A. Publes was born in Havana, Cuba and came to the United States with his family as political refugees in 1988. He received an Associates in Liberal Arts from Grand Rapids Community College and a Bachelor of Arts with a concentration in Theater and Spanish at Western Michigan University in 2001. While at Western Michigan he co founded New Latino Visions Theater Group and restarted a Latino Fraternity, Sigma Lambda Beta Intl. Fraternity Inc. focused on the needs and wants of Latinos in higher education and surrounding communities.

While performing and living in Chicago, he performed with Steppenwolf Theater Company, Healthworks Theater, Teatro Vista, Apple Tree Theater, Second City and Lookingglass Theater. He has also appeared in films such as Batman Vs. Superman, Stone with Robert DeNiro and TV Credits on Chicago Fire, Chicago PD, Shameless and Empire amongst many others. Mr. Publes decided to start his own theater company, Mixed Roots Collective, to address inequality of representation in local theater and film. By providing a platform for these plays, he hopes to address inequalities in casting as well.

Mr. Publes along with Shelly Urbane and Todd Lewis, formed One World Diversity, LLC, to address issues of disparity and inclusion and equality in our society and more specifically in organizations and institutions.