What’s Next?: Mapping Out Success & Visioning

This session centers around balancing purpose with passion to establish a personal mission statement.  This working session will include mapping and visioning exercises to propel professionals into their future career. 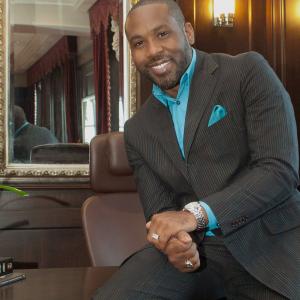 Dr. Jermone T. Glenn serves as the Planter and Lead Pastor of The Revolution in Grand Rapids, Michigan. Dr. Glenn is a husband, father, pastor, mentor, visionary and a dynamic communicator; a compassionate bridge builder, learner, and humanitarian committed to making a positive difference in the lives of people. He recognizes his responsibility to his generation which is reflected in everything that he does.

Dr. Glenn received his Bachelor of Arts degree in Marketing and Communications from Columbia College in Chicago, Illinois. He travels extensively both nationally and internationally, and is quickly becoming one of the nation’s most sought after speakers.

He served numerous years as a youth pastor, teacher and curriculum developer for Chicago Public Schools as well as the National Teachers Academy. As an advocate for education, he continues to develop curriculum and serves as a consultant as well as the Board President of National Heritage Academy’s River City Scholars Charter Academy. He serves whole-­heartedly on boards across the nation including; the American Red Cross, as Chairman of the Legacy Ball Scholarship and as the Vice-President of Life Ambassadors with CareNet International.

He is committed to empowering this generation and has launched multiple training & development opportunities including but not limited to those involving; entrepreneurship, job skills training, ministry, professional, financial, physical, small-business marketing & branding for economic stimulus and accountability, etc. For such, he was also awarded Forty Under 40 recognition by the Grand Rapids Business Journal, as one of the city’s top most influential leaders. He has also been awarded the LINC Community Revitalization Innovation Award and recently received an Honorary Doctorate Degree of Divinity from Kayiwa International University’s Graduate School of Theology & Technology as well as an Honorary Doctorate Degree of Divinity from the Latin University of Theology. Furthermore, he has been appointed the Ministry Relations Advisor for the Republic of Burundi and was awarded the Golden Rule International Scout Award as a recognized ambassador for peace.

Dr. Jermone Glenn shares his calling and covenant with his wife, Erica (Ellis) a gifted psalmist and an accomplished Principal. He is a devoted father to Josiah, Mona’e and Jonathan Glenn. They reside in Grand Rapids, Michigan.